Nominated for an Academy Award
for “Best Live Action Short” 2014

Two strangers unexpectedly meet at an airport. He mistakenly assumes her to be his assigned driver.
She, enchanted by the random encounter, does not hurry to prove him wrong.
39 minutesFictionIsrael - France

AYA has set a precedent in Israeli cinema, marking the first short film released
stand-alone for commercial theatrical screenings in the country to audience and
critical success, and topped the Israeli critics’ lists.

“A delightful cinematic gem! It whets your appetite for more!
Not to be missed!”
Time Out Tel Aviv

“The culmination of “Aya” is one of the most beautifully intimate moments ever seen in recent years.”
Israel Today

“A perfect cinematic experience.”
Walla
(most popular portal in Israel)

“A cinematic masterpiece - concerto for camera, actors and piano.”
Cinemascope.co.il

Reviews following the release of the 2014 Oscar Shorts Nominees:

“Superbly acted and directed with
nuance and subtlety, “Aya” would be my
pick to win in this category.”
-Boston Globe-
“The oddest and most mesmerizing
of the films is Aya”
-Washington Post-
“Great artisic achievment of sensitivity in every regard
which makes this film so extraordinary”
Arthur Cohn, Producer - Winner of six Academy Awards
Download Press Kit 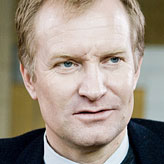 Ulrich Thomsen
("The Celebration", "In a Better World")

Danish star Ulrich Thomsen was first introduced to worldwide audiences in the acclaimed Dogma film “The Celebration”, which won the Cannes jury prize in 1998 and earned him his first Best European Actor nomination at the European Film Academy Awards. Since then, he has become one of Europe’s most sought after actors, and combines Hollywood productions (“Bond: The World is Not Enough”, “The International”), with European Films (“In a Better World”, 2011 Academy Award for Best Foreign Language Film). 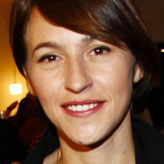 Sarah Adler is an award-winning Israeli French actress, and a Lee Strasberg alumna.

Her unique performances films have earned her nominations in leading international academies, including “Notre Musique” by Jean-Luc Godard for which she was nominated Best Actress at the European Film Awards, “La Maison de Nina” which earned her a nomination for the Cesar Awards, “Jellyfish” which won the Cannes Film Festival Camera D’Or, and “Self Made” which won AFI Fest’s New Auteurs jury prize. 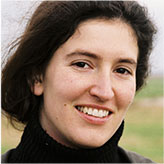 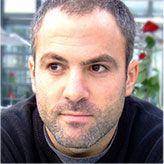 Their recent short film, “AYA” was awarded an Israeli Academy Award for Best Short, and set a precedent in Israeli cinema when it was released, stand-alone, for commercial theatrical screenings, to audience and critical success.

Aside from filmmaking, they have also directed award winning music videos and commercials. They are currently developing their first feature film which is based on “Aya”. The project was selected to take part in the prestigious Jerusalem International Film Lab. 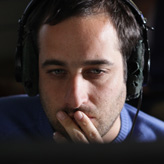 Tom Shoval graduated with merits from the Sam Spiegel School for Cinema in 2007, and in 2011 was selected as one of the promising new film makers of its generation by a committee of Holon cinematheque, Israel.

YOUTH, his first feature film premiered at the Berlinale 2013 winning rave reviews from all major trades and cinema journals such as Variety, Hollywood Reporter, New York Times, Le monde, Cahiers du Cinema and many more. Following its successful release in Israel and Europe, YOUTH is soon to be released in North America as well (early 2015, by Lincoln Center).

Tom Shoval is currently working on his next feature film "Shake your Cares Away". He is also the recipient of the prestigious Rolex Mentors and protégés Arts Initiative for 2014/15, and was personally chosen for the program by the acclaimed director Alejandro Gonzales Iñárritu (Babel, 21 Grams), who will be working closely with him as his mentor. 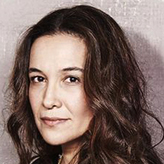 Yael debuted her acting career in 2001 in the film “Tel Aviv Stories”, and has since then starred in some of Israel’s most renown Films and TV Series, including “Kadosh”, “Alila”, “Live and Become” and the acclaimed drama series “Hatufim” (English title: “Prisoners of War”) which served as the basis for Showtime’s Emmy Awards winner “Homeland”.

In 2011 Yael Abecassis started her own production company – Cassis Films. Yael is also the founder of “Women’s Spirit”, a non-profit organization that supports victims of violence, and offers them tools to reach financial independence. 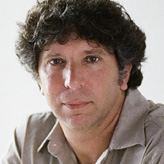 Hillel Roseman graduated with honors from the Sam Spiegel Film School, Jerusalem in 2001. Hillel was active as a Production Manager and Line Producer in many feature films such as “Campfire”, “Good Morning Mr. Fidelman”, “The Slut”, “The Bubble” and “Little Heroes”. He also produced several TV series including “In Treatment”, “Papadizi” and “The Naked Truth”. In 2011 he founded Cassis Films together with Yael Abecassis. 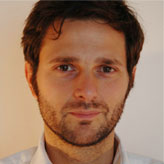 Pablo Mehler began his professional career at Warner Bros. Studios in London as assistant to the CFO and then at Buena Vista in Paris as Director of Distribution of Home Entertainment Products before joining the Direction of Acquisitions of TF1 in charge of business affairs. In his capacity as producer and owner of Divine Productions, Pablo produced several feature films, among them "Navidad" which premiered at the Cannes Film Festival in 2009.